What is LED driver

Especially the driving power of the LED street lamp is installed at a high altitude, so the maintenance is not convenient, and the cost of maintenance is also large.

LED is an energy-saving product, and the efficiency of driving power is high. It is very important for the power to be installed in the luminaire. The power supply’s efficiency is high, but the power consumption is small, and the heat in the luminaire is small, so the temperature rise of the lamp is also reduced. As a result, delaying LED attenuation is advantageous.

The power factor is the power grid’s demand for the load. In general, there are no mandatory indicators for electrical appliances with a power rating of fewer than 70 watts. Although the power factor of a single electric appliance is low, it has little influence on the power grid; however, in the evening, the power grid will be seriously polluted by a large amount of lighting and the concentration of the same kind of load. There may be some index requirements for power factors for the 30 watts-40 watts LED driver in the near future.

Now there are two kinds of traffic: one is a constant voltage source for multiple constant current sources, and each constant current source is supplied to each LED individually. In this way, the combination is flexible, and all the LED failures do not affect the work of other LEDs, but the cost will be slightly higher. The other is the direct constant current power supply, that is, the drive mode of “Keke Hui Bao”, which is driven by LED in series or parallel operation. It has the advantage of low cost but poor flexibility, and it also does not affect other LED operation problems when solving an LED failure. The two forms coexist in a period of time. The way of multi-way constant current output power will be better in terms of cost and performance. Maybe it’s the main direction in the future.

The ability of LED to resist surge is relatively poor, especially the ability to resist reverse voltage. It is also important to strengthen the protection in this area. Some LED lights are outdoors, such as LED street lights. Because of the load shedding and lightning induction, all kinds of surges will be invaded from the power grid, and some surges will cause LED damage. Therefore, the analysis of the driving power of “Zhongke Hui Bao” should be deficient in surge protection. As for the frequent replacement of power and lamps, the LED driver should have the ability to suppress the surge and protect the LED from being damaged.

To meet the requirements of safety and electromagnetic compatibility, it is best to increase the LED temperature negative feedback in the constant current output, in addition to the conventional protection.

What is an LED driver

LED driver is a component that used to controls the power of an LED or multiple-layer LED PCBs. In short, it’s a vital part of an LED circuit. Thus, operating without an LED driver means doom for an LED system. 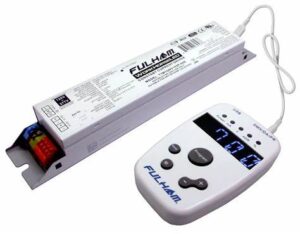 LED driver is a component that used to controls the power of an LED or multiple-layer LED PCBs. In short, it’s a vital part of an LED circuit. Thus, operating without an LED driver means doom for an LED system. But LED drivers could be a tricky technology because there are various types. And it’s a bit overwhelming most times. Many people know a little about LED driver but not full. This blog will be helpful for you to understand about it.

DC LED driver is a low voltage LED driver. DC Input or Low Voltage LED drivers take DC voltage from a battery or switching power supply and output a constant current so as to keep the LED safe. This way, when the LED’s electrical characteristics change due to heat, the LED will stay at a safe driving current, while the voltage can vary depending on the LEDs needs.

12V LED DRIVER: 12V LED driver power supply or 12V DC Power supply is one of the most commonly used power supplies currently in use. It means the power supply transfer from 120V or 240V high input voltage to low DC 12 Voltage.

24V LED DRIVER: 12V LED driver power supply or 24V DC Power supply is one of the most commonly used power supplies currently in use. It means the power supply transfer from 120V or 240V high input voltage to low DC 24 Voltage.


And the other is the constant voltage drive. The constant voltage driving characteristic is that the output voltage is fixed, and the current is limited to the maximum value with the change of the lamps and lanterns. In this case, the shell usually indicates (output: DC**V **A) the voltage of the output fixed volt, and how many maximum output currents are available. The most common output voltages in the led market are 5V, 12V, 24V, and so on.


A dimmable driver is a kind of equipment that changes the brightness, color or color temperature of LED light by external signals acting on the dimming module inside the led driver and then changing the output voltage and current. The Dimmable LED driver has different types.

Tridonic is a world-leading supplier of lighting technology, supporting its customers with intelligent hardware and software and offering the highest level of quality, reliability and energy savings. As a global driver of innovation in the field of lighting-based network technology, Tridonic develops scalable, future-oriented solutions that enable new business models for lighting manufacturers, building managers, systems integrators, planners and many other types of customers.

To promote the vision of the “Internet of Light”, Tridonic relies on partnerships with other specialists. The goal is the joint development of innovative technological solutions that convert lighting systems into intelligent networks and thereby enable associated services. Its profound, technical industry expertise makes Tridonic an ideal partner for established brands and for newcomers to the market.

Tridonic is the technology company of the Zumtobel Group and is headquartered in Dornbirn, Austria. In the 2021/22 tax year, Tridonic generated sales of €363 million. 1,869 highly skilled employees and a worldwide sales presence in over 70 countries reflect the company’s commitment to the development and deployment of new, smart and connected lighting systems. 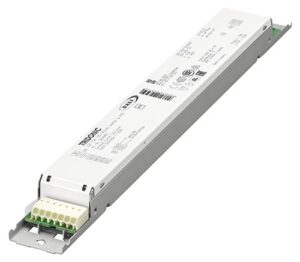 MEAN WELL has been working as a “reliable partner” with customers, suppliers, contractors, and employees to build long lasting mutual trust relationships based on the spirit of “good intentions.”

Thanks to robust partnerships with 245 plus authorized distributors around the world, MEAN WELL has been growing and getting stronger for three decades. With 2,800 employees located at its global headquarters in New Taipei Industrial Park, Taiwan, branches and sales offices at Guangzhou, Shenzhen, Suzhou in China, California USA, and Netherlands in the EU, four production bases in New Taipei City (Taiwan), Huadu District in Guangzhou, Suzhou City in China, and Bangalore in India, MEAN WELL had a combined revenue of USD 1,351 million in 2021.

Meanwell specialise in making LED drivers that are reliable with long warrantees. Particular attention has been applied to providing products that are dimmable by Mains, 0-10V, DALI2 and now Casambi & Bluetooth. Available from 4W to 600W, we are sure that we can find a solution to your application. 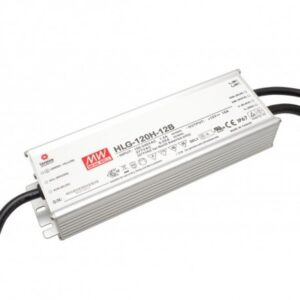 From programmable and connected drivers to feature-optimized drivers, Advance by Signify has the solutions to help take advantage of everything LED technology has to offer. By partnering with Advance, you leverage the latest improvements in LED technology for lighting opportunities. Our driver technology is engineered to maximize the performance of efficient LED modules. 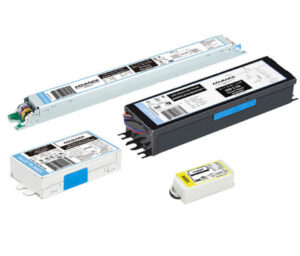 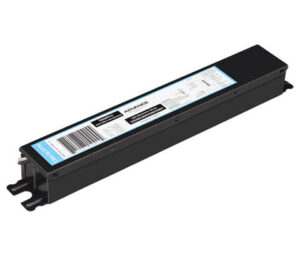 Advance Xitanium SR LED drivers streamline wireless connected lighting. The all-in-one design standardizes the digital connection between the driver and sensor, so no additional components are required. A simple, two-wire connection is all that’s needed to start gathering valuable data, and the drop-in design means you can add functionality without changing your fixture. 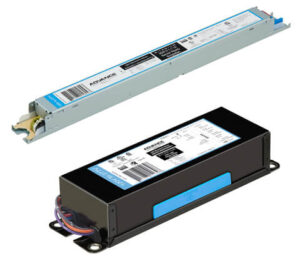 Lifud Technology Co., Ltd. is an enterprise which aspires to be the world’s leading supplier of LED driver and intelligent system solution.

Since the establishment of Lifud in 2007, it has been adhering to the core value of “integrity, responsibility and dedication” and put them into practice. Moreover, it is committed to technological innovation, developing energy-saving, healthy and environmental products to achieve the mission of improving the human living environment and the quality of people’s life and the long-term vision of making energy more efficient and cleaner.

Headquartered in Shenzhen, China, Lifud is crown as the national new high-tech enterprise. It has 180 authorized personnel engaged in technical research and product development and has been maintaining the cooperations and exchanges with scientific research institutions and institutions of higher education, including Fuzhou University and Southwest Jiaotong University. Besides, it has established UL and DALI certification laboratories and 100 acres of industrial park for its own LED driver development and customer supporting service. 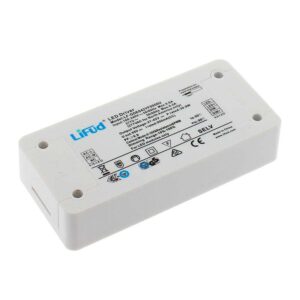 Osram LED DRIVER are Intended for use with LED modules. The forward voltage of the LED light source shall be within the defined operating window of the control gear in all operating conditions including dimming if applicable.
Separate control gear and light sources must be disposed of at certified disposal companies in accordance with Directive 2012/19/EU (WEEE) in the EU and with Waste Electrical and Electronic Equipment (WEEE) Regulations 2013 in the UK. For this purpose, collection points for recycling centres and take-back systems (CRSO) are available from retailers or private disposal companies, which accept separate control gear and light sources free of charge. In this way, raw materials are conserved and materials are recycled. 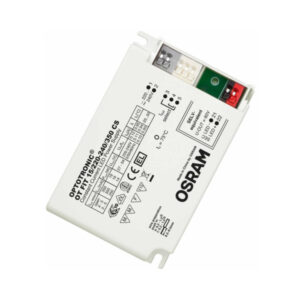 Inventronics offers one of the largest LED driver product offering in the solid-state lighting industry. We are leading global brand with over 10 years’ experience and continue to invest to meet customers needs for today and the future. Our LED drivers line includes constant-power, high current, high-input voltage, constant-voltage, programmable, Controls-Ready and various form factors, as well as many other options to provide design flexibility for virtually every application. 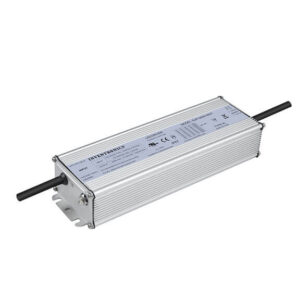 SOSEN independently masters several core technologies of LED Driver and has an enterprise technology center, which has been awarded the Guangdong Engineering Technology Research Center, Guangdong Industrial Design Center, and Shenzhen Enterprise Technology Center. As of the end of 2021, SOSEN and its subsidiaries have a total of 155 authorized patents, including 24 invention patents, 126 utility patents, and 5 design patents. The company’s products are comply with multi-national safety certification and have obtained more than 290 product certifications including UL, ENEC, TUV,SAA, KC, BIS and CCC etc.

Based in Shenzhen, a global innovation center, SOSEN has 1,600 employees and the manufacturing facilities covers an area of over 30,000 square meters. At the same time, the more than 70,000 square meters Zhongshan fundraising project (full name: high-power smart LED driver production base and R&D center project) will be put into production in 2022. 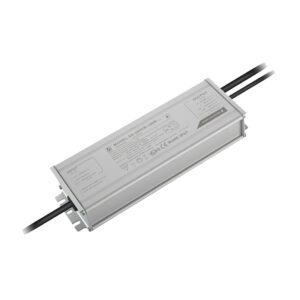 All LED light need the LED power supply so it is widely used in all LED lighting products. 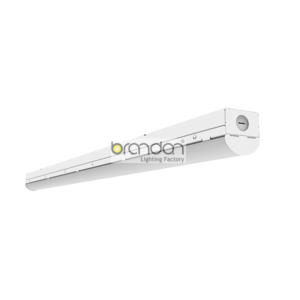 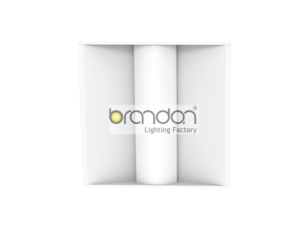 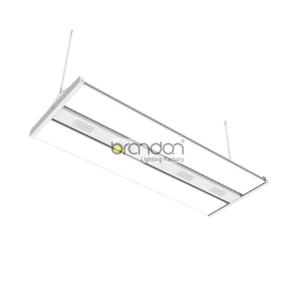 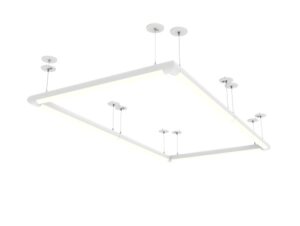