The difination of LED Life Standards In And Out Of Luminaires

The Rated Life, Bp of an LED light source is different from the Lumen Maintenance Life, Lp, and is an essential reliability value that is required by luminaire manufacturers.

The rated life of a light source is defined as “The life value assigned to a particular type lamp. This is commonly a statistically determined estimate of median operational life.” (as per ANSI/IES RP-16). The statistical measure for the rated life is designated Bp and is measured in hours, where p is a percentage.

Rated lumen maintenance life is defined as “the elapsed operating time over which an LED light source will maintain the percentage (p) of its initial light output.” It is measured in hours with an associated percentage of light output, noted as Lp.

That leads to some new terms like “L70” and “B50.” L70 refers to lumen depreciation to 70% of initial lumen output; stated conversely, it indicates 70% lumen maintenance. “B” specs add a target statistical confidence interval. Thus, B50 indicates no more than 50% of a sample of LED devices would be expected to have their light output drop below a target lumen maintenance level. B10 would mean no more than 10% of the sample met that L standard within the given time. 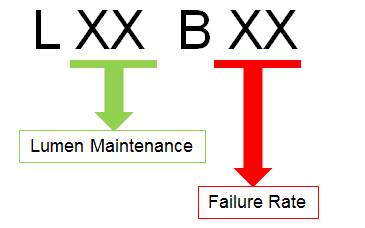 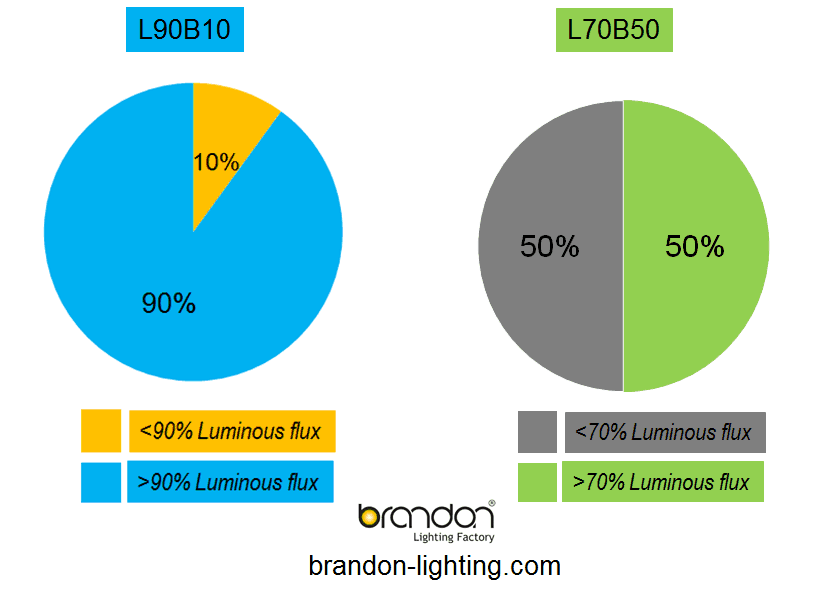