How many types of sensor that you should know?

The first motion sensor was invented in the year 1950 by Samuel Bango named as a burglar alarm. He applied the basics of a radar to ultrasonic waves – a frequency to notice fire or robber and that which human beings cannot listen to. The Samuel motion sensor is based on the principle of “Doppler Effect”. Currently, most of the motion sensors work on the principle of Samuel Bango’s detector. Microwave and infrared sensors used to detect motion by the changes in the frequencies they produce. To understand the working of motion sensor, you first need to know the working of a camera. The camera uses an image sensor and the lens direct light to – when the light strikes the image sensor each pixel records how much light it’s getting. That outline of light and dark areas in the pixels becomes the entire video image.

What’s is a Motion Sensor?

A motion sensor is a device that notices moving objects, mainly people. A motion sensor is frequently incorporated as a component of a system that routinely performs a task or else alert a user of motion in a region. These sensors form a very important component of security, home control, energy efficiency, automated lighting control, and other helpful systems. The main principle of motion sensor is to sense a burglar and send an alert to your control panel, which gives an alert to your monitoring center. Motion sensors react to different situations like movement in your living room, doors, windows being unbolt or closed and also these sensors can

There various kinds of motion sensors are available in the market, which has their ups and downs. They are namely PIR, Ultrasonic, Microwave, Tomographic and combined types.

Detects body heat (infrared energy). Passive infrared sensors are the most widely used motion in home security systems. When your system is armed, your motion sensors are activated. Once the sensor warms up, it can detect heat and movement in the surrounding areas, creating a protective “grid.” If a moving object blocks too many grid zones and the infrared energy levels change rapidly, the sensors are tripped.

These sensors generate microwave pulses and then calculate their reflection off of objects, in order to know whether objects are moving or not. Microwave sensors are very sensitive, but sometimes these can be seen in nonmetallic objects which can be detected moving objects on the outside of the target range. It consumes a lot of power, so these sensors are frequently designed to cycle ON & OFF. This makes it feasible to acquire past them, if you know the cycles. Electronic guard dogs utilize microwave sensors.

These sensors generate radio waves and detect when those waves are troubled. They can notice through walls and objects, and are frequently placed in a way that makes a radio wave net that cover ups large areas. These sensors are expensive, so they are normally used in warehouses, storage units and also in other situations that need a commercial level of security. 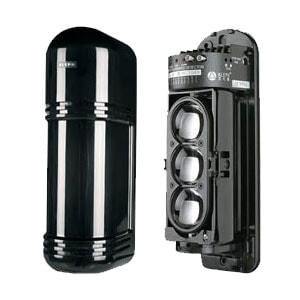 Motion sensors can have combined features in an attempt to reduce false alarms. For example, a passive infrared (PIR) sensor could be combined with a microwave sensor. Since each operates in different areas of the spectrum, and one is passive and one is active, Dual Technology motion sensors are not as likely as other types to cause false alarms, because in order for the alarm to be triggered, both sensors have to be tripped. However, this does not mean that they never cause false alarms.

Some types of motion detectors mix some sensors in order to decrease fake alarms. But, dual sensors are only activated when both kinds sense motion. For instance, a dual microwave or PIR sensor will start out on the passive infrared sensor setting, because that consumes less energy. When the passive infrared sensor is tripped, the microwave division will turn ON; then, if the remaining sensor also tripped, the alarm will generate sound. This combined type is great for neglecting fake alarms, but tuns the possibility of missing real ones.

Emits infrared rays from an LED. Using the reflection of those rays, the sensor measures the distance to the person or object and detects if the object is within the designated area.

Measures the reflection off a moving object and sends out pulses of ultrasonic waves.

These can be purchased or easily made at home. Detects vibration. A homemade vibration sensor uses a small mass on a lever, which is activated by a switch to an alarm when it vibrates. Homemade motion sensors can work, but they can also be unreliable.

Today, most motion sensors are wireless. Wireless sensors are very easy to set up. They do not require drilling, and they communicate with the other security system components wirelessly.

Most contact motion sensors are passive infrared sensors. They trigger an alarm if the protected door or window is opened while the system is armed.

A passive infrared sensor can be set up to ignore animals up to a certain weight. A dual technology motion sensor is more resistant to false alarms caused by animals because it requires two sensors to be triggered in a manner determined by the manufacturer. They can be set up to ignore a large animal or multiple small animals without setting off a false alarm. Some pet immune motion sensors have a sensitivity level that can be adjusted for families with very active animals.

Combines video cameras with advanced signal processing. Some recordable motion sensors start recording when they sense motion. Cameras controlled by motion sensors can save you memory storage by not recording hundreds of hours of useless footage—they only capture the important stuff.