Are you searching the market for a new high bay light? If so, you may wonder if an LED high bay is the right choice. In this definitive buyers guide, we’ll take a look at what LED high bays are, how they compare to other types of high bay lights, and some factors you’ll want to consider when making your purchase. If you are getting started with your search or are almost ready to make a purchase, read on for insights that will help you choose the best LED high bay for your needs.

What Is A LED High Bay Light?

Linear high bays are high bay lighting fixtures that use linear LED bulbs. There are many benefits to using linear high bays, including the fact that they are more energy-efficient than traditional high bay lights and have a longer lifespan. Additionally, linear high bays produce a more focused beam of light, making them ideal for use in warehouses, factories, and other large commercial spaces. When choosing linear high bays, it is important to consider the wattage, lumen output, and color temperature that you need. High bay lights are available in a vast variety of wattages, ranging from 50 watts to 400 watts. The lumen output is also an important consideration, as you want to make sure that the linear high bays you select will provide enough light for your space. Finally, you will also need to decide on the color temperature that you prefer. Linear high bays are available in both cool and warm white colors. Choose the option that best suits your needs. 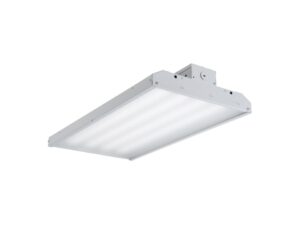 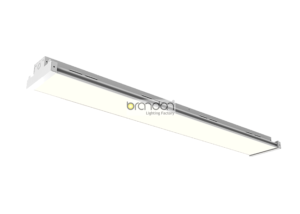 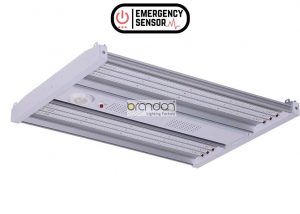 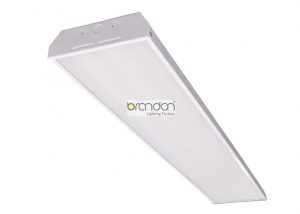 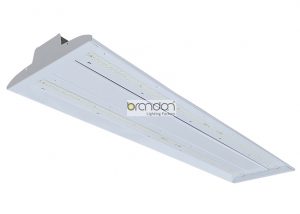 Round LED high bay lights are a highly energy efficient lighting solution for warehouses, gymnasiums, and other large indoor spaces. These lights provide bright, even illumination while using significantly less energy than traditional metal halide or sodium vapor lights. LED lights emit very little heat that maks them safer to operate and reducing the risk of fire hazard. Round LED high bay lights are also more durable than traditional lights, with a lifespan of up to 50,000 hours. This means that they will need to be replaced far less often, saving both time and money over the long term. For all these reasons, round LED high bay lights are an excellent choice for any business or facility that is looking to reduce its energy consumption. 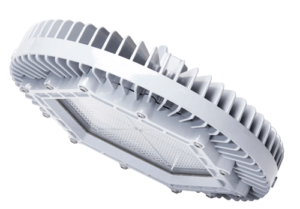 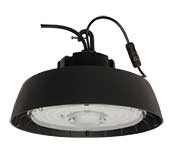 High bay lights are a type of lighting typically used in industrial or commercial settings. They are designed to provide high levels of illumination over a large area, and are often used in warehouses, manufacturing plants, and gymnasiums. There are many varieties of different high bay lights available on the market, but most share a few common features.

High bay lights are a versatile and essential tool for many businesses and organizations. By understanding the features that these lights offer, users can choose the best option for their needs.

One major advantage of LED high bay lights is that they consume less energy than traditional lighting options. This can result in significant cost savings, as well as reduced environmental impact. In addition, LED lights last longer than traditional bulbs, meaning that they need to be replaced less often. As a result, LED high bay lights represent a more efficient and sustainable option for many businesses.

One of the major benefits of LED high bay lights is their longer lifespan. While traditional fluorescent bulbs typically last for around 10,000 hours, LEDs can last for 50,000 hours or more. This means that you won’t have to replace your lights as often, and you’ll save money on maintenance and replacement costs over time. LEDs are much more durable than traditional bulbs, making them less susceptible to breakage and damage. As a result, you can expect your LED high bay lights to last for many years to come

One of the most common complaints about traditional high bay lighting is the quality of the light. LED high bay fixtures are designed to provide superior light quality, with a more natural color temperature that is easier on the eyes. In addition, LED high bays produce very little glare, making it easier to see tasks that are performed under the lights. The improved light quality of LED high bays can lead to increased worker productivity and satisfaction, as well as reduced eye strain and fatigue. The benefits of LED high bay lighting are clear in warehouses and other industrial settings.

When it comes to outfitting a warehouse or other commercial space with lighting, LED high bays are an increasingly popular option. In addition to being more energy-efficient than So, companies can save money on both energy costs and replacement bulbs. In addition, LED high bays emit very little heat, making them ideal for use in temperature-sensitive environments. With all these benefits, it’s no surprise that LED high bays are becoming the go-to choice for warehouse and industrial lighting.

Better resistance to shock and vibration

One of the key benefits of LED high bay lighting is its resistance to shock and vibration. This is due to the fact that LEDs are much smaller and more durable than traditional incandescent bulbs. As a result, they are less likely to break or be damaged when exposed to shaking or impact. This makes them ideal for utilization in industrial and commercial settings, where equipment is often subject to vibration. In addition, LED lights generate very little heat, which means that they are less likely to be damaged by overheating. As a result, they can provide a more reliable and longer-lasting light source in demanding environments.

LED high bay lights are becoming increasingly popular in a wide range of settings, from factories and warehouses to sports arenas and retail spaces. One of the main reasons for this is that LED lights are much more environmentally friendly than traditional incandescent or fluorescents bulbs. LED lights produce very little heat, so they use less energy and don’t add to the air pollution created by power plants. LED lights last far longer as compared to other types of bulbs, so less waste is generated by needing to replace them often. With time more businesses and consumers become aware of the many benefits of LED lighting, even more high bay spaces will likely make the switch to this more sustainable option.

How To Choose The Right LED High Bay Suppliers?

As the demand for LED lighting continues to grow, so does the number of suppliers offering LED products. With a wider range of options to choose from, it can be confusing to know where to start when looking for a high-quality LED supplier. Here are some important pointers to remember while selecting an LED high bay supplier:

By following these tips, you can be confident that you will find a reputable and experienced LED high bay supplier that can provide you with high-quality products at a fair price.